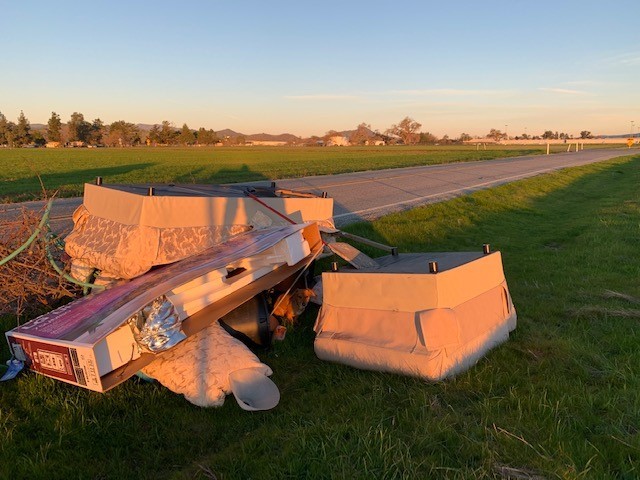 On a brisk February morning right before Valentine’s Day, Shelter Supervisor Jeremy Selbach dutifully arrived at the animal shelter 30 minutes prior to the rest of the team, hoping to get a head start on the day’s duties.

As he made his way down the rural San Martin road, he discovered a large pile of rubbish dumped on the roadside, tainting the beautiful country scenery. Disheartened by what he saw, he took in the dumped sofas and their tacky upholstery, and noted bags of trash and a box for a flat screen television. As he was recording the scene, he noticed that in the pile of rubbish, there was a little Dachshund that appeared to have taken refuge in the pile.

Could this puppy have been discarded by an unkind person with this non-living refuge? Jeremy pulled over and attempted to coax the cold and scared dog into his car, so that he could bring him to the safety of the shelter. He found a peanut butter sandwich in his lunch and offered a piece to the nervous doxie. The little pup was reluctant at first but eventually built up the courage to accept the offering, before scurrying back under the abandoned furniture with the morsel.

Following the doxie, Jeremy knelt down and saw that the dog had passed off the piece of ​sandwich to another Dachshund hiding amongst the pile! He was surprised by this new discovery. The second dog quickly came out from hiding to Jeremy, revealing a very pregnant belly! The little lady was quick to jump into Jeremy’s lap, which prompted her nervous boyfriend to drop his guard and follow suit.

The couple were taken into the shelter and set up with a warm bed, fresh water, and a fresh meal. Upon examination by our veterinary team, the female doxie was found to be only a few days away from giving birth. Two days later, she gave birth to 4 adorable puppies. The family is being cared for by a foster volunteer who will look after and socialize them until they are ready for adoption.

It is saddening to think that someone might have abandoned this little family to fend for themselves. Thankfully Jeremy was near the scene that day and rescued the doxies. We are very grateful that our shelter team and foster volunteers worked together to save the day! 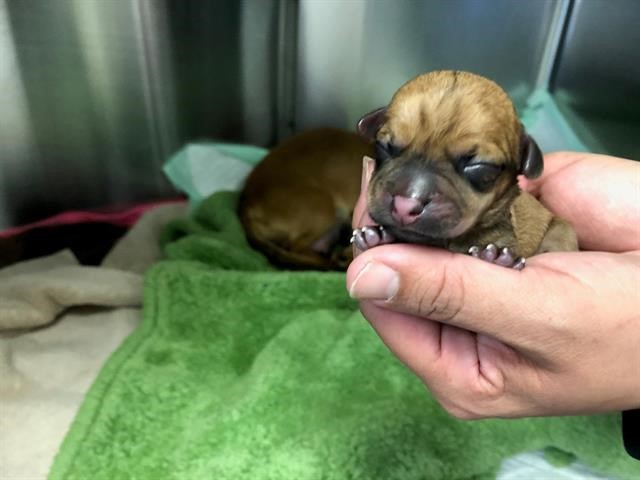 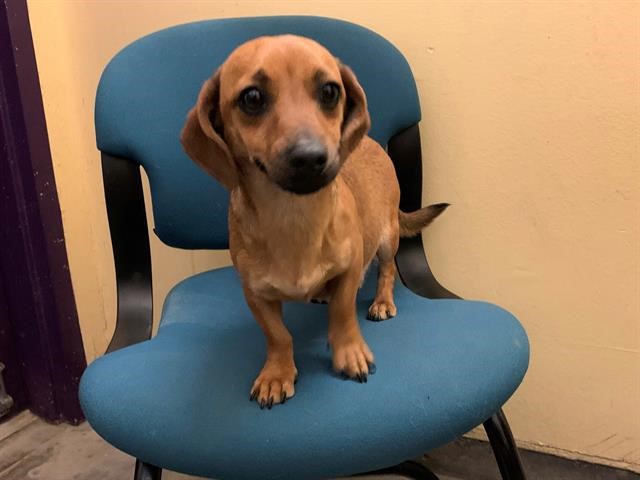